Network Mapper also known as Nmap, is a very simple and open source scanning tool used in Kali Linux, that works by sending packets and analyzing responses to uncover the host and services on a computer network. Nmap allows us to scan a system or scan a network. It sends packets to the host computer and then analyzes the response to create the desired result. Nmap tool allows you to scan all open ports, host discovery, NetBIOS, and even OS detection. Nmap is one of the best and most widely used Kali Linux tools for performing cyber attacks.

You can also install Nmap on any operating system. Here is a few basic uses of Nmap commands:

Wireshark is very famous among other Kali Linux tools. It is commonly defined as a network sniffer. By sniffing, we mean that it captures and analyze packets. This tool is used for network analysis which is commonly used for network security. It can analyze the data sent over a network in packets. Every packet has detailed information, including transmit time, source and destination IP addresses, type of protocol, and header data. These packets files have an extension of .pcap. These pcap files can be analyzed using Wireshark.

How to use Wireshark: You can use any pcap file and open it in Wireshark, and you will see the list of packets is displayed

John the Ripper is pre-packed in the pen-testing versions of Kali Linux.

John the Ripper is mainly an open-source password cracker commonly used during pen-testing exercises to help IT staff spot weak passwords and identify poor password policies. It is available for a huge number of operating systems. It also incorporates its wordlists of the maximum possible passwords available for 20+ languages. JtR wordlists provide a huge number of possible passwords from which it can create the comparing hash values to guess the target password. Since most people decide on simple to-recall passwords, it is regularly extremely successful, even with its out-of-the-crate wordlists of passwords.

JtR performs encryption on the hashed data and compares it to a file consisting of possible passwords. It simply stops hashing when it finds a match for the password.

THC Hydra is an extremely well-known, parallelized, and fast password cracker, making it possible for specialists and security experts to achieve access to any remote system. It is very easy to add new modules in hydra. It is a login cracker that works by using different approaches such as it uses a dictionary/brute-force attack against a number of applications. It makes a comparison of passwords using brute force attack or dictionary attack. When any of the web applications typically depend on login credentials for the user’s safety, a hacker or a pentester can easily use hydra to gain these credentials. It can automatically carry out rapid dictionary attacks against numerous protocols.

Bettercap is one of the top and very impressive Kali Linux tools. Better cap conducts Man-In-The-Middle attack. It is also capable of manipulating HTTP, HTTPS, and TCP traffic. In other words, it is also called the updated or better version of the Ettercap tool, which was used earlier, it means it does everything Ettercap did, but in this case, we do not need additional programs and a lot of open consoles.

BetterCap can crack SSL/TLS, HSTS, HSTS Preloaded. It uses SSLstrip+ and DNS server (dns2proxy) to perform a partial HSTS bypass. In this way, SSL/TLS connections are terminated. The downstream connection, however, between client and attacker remains decrypted and does not use SSL/TLS encryption. Bettercap also features performing attacks on wireless networks. It can also perform network monitoring and WiFi monitoring.

An Autopsy is basically a major tool of digital forensics, which comes pre-installed within Kali Linux. It is a graphical interface that is used to collect information from forensics. In the investigation process, we need to determine what happened and make use of Autopsy to investigate files or logs to learn what was done within the system. It can produce a real-time result, which makes it more compatible than other forensics tools.

In addition to the investigation process, an autopsy is also used to recover files from a memory card or a pen drive as recovery software.

Relatedly, the autopsy is a faster, stronger, and more efficient solution for the investigation of a hard drive.

How to use autopsy tool: As it is already pre-installed in kali Linux, just simply open the terminal and type autopsy.

Sqlmap is specially designed to detect and take benefit of SQL injection vulnerabilities in web applications. Once it detects any of the SQL injections on the underlying target host, the user can choose among a variety of options to retrieve the DBMS session user and database, carry out an extensive back-end database management system fingerprint, enumerate users, password hashes, and a lot more

Burp Suite Scanner is an incredible web security analysis tool. It is usually very famous for investigating vulnerabilities and also performing pen-testing. It is commonly known as “Burp”, which works As a proxy-based tool. Burp offers a GUI and many advanced tools, unlike other web application security scanners. Burp can be useful to determine the security of a web application and is majorly used for hands-on testing.

Nevertheless, the community edition exclusively specifies some fundamental manual tools’ features. For experts, you will have to suppose upgrading. Equivalent to the previous tool, this isn’t open-source either.

Using burp, a user controls all the actions that are performed. Its main function is to convey an HTTP request amongst the burp tools to perform specific tasks.

Lynis is a versatile tool that can be used for many different purposes, whether it is vulnerability detection, penetration testing, system hardening, compliance testing, or security auditing. Lynis can use only the available system tools and libraries, so it has modular and opportunistic scanning. The good side is that it needs no installation of other tools, so in this way, you can keep your systems tidy.

If you use lynis, this tool can execute with almost zero reliances. In addition to that, no audit will be the same, which means the more components it discovers, the more comprehensive the audit will be performed. Scans are tailored to your system.

For example, When Lynis scans that you are operating Apache, it will conduct `a test related to Apache. While performing the typical Apache tests, it may also uncover an SSL/TLS configuration. It then conducts additional auditing measures based on that. A good example is gathering any found certificates so that they can be scanned later as well.

Netcat comes pre-installed with Kali Linux. Netcat also abbreviated as “nc”, uses TCP or UDP ports for reading and writing to a network connection. It is a networking tool that can perform various port scanning and port listening/port redirection.

Netcat is a back-end tool, which helps as a back door into other networked systems which means that you can transfer files directly through netcat.

To use netcat, you will use terminal and type nc or netcat. To use this tool, we can also do port listening as shown in the screenshot using separate terminals.

These are a few of many Kali Linux tools. These users are generally used by ethical hackers and also penetration testers. Kali Linux is developed actively by offensive security. Many of these tools come pre-installed with Kali Linux and as far as their usage is concerned, most of them are extremely easy to use. Infosec companies and ethical hackers make use of its most common security distribution.

These tools are carefully added in Kali Linux after reviewing BackTrack, as many tools are eliminated that did not work or had similar functionality. 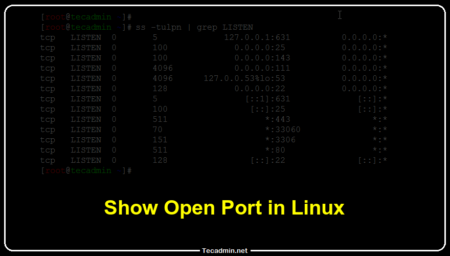 How to Check Open (Listening) Ports in Linux 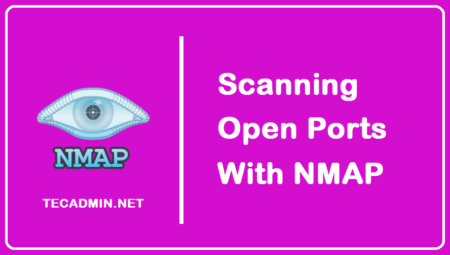 How to Scan Open Ports with Nmap

How to Disable Strict Host Key Checking in SSH