How to Install Android Studio on Ubuntu 20.04

Android Studio is a popular programming environment for creating Android applications. It was developed by Google and is available for multiple platforms. We’ll look at how to get Android studio on Linux in this article.

Android Studio includes a number of built-in capabilities that provide you with a quick and stable working environment. It also offers a solid testing infrastructure that includes multi-display support, emulators, and other features. It’s based on IntelliJ IDEA, an IDE written in Java for Java applications for desktops and mobile phones.

The following section is focussing on how to get Android Studio if you are a Linux user, especially Ubuntu. Let’s begin:

How to install Android Studio on Ubuntu 20.04

03. Now all the necessary steps required for the installations are completed. You can install the android application by typing:

04. It will ask for your permission to install it where you need to press “Y” to start the application. This application is around 950MB and will take some time to install. After the installation you can run the application by selecting the application manager and then write “android” in the search bar as shown below: 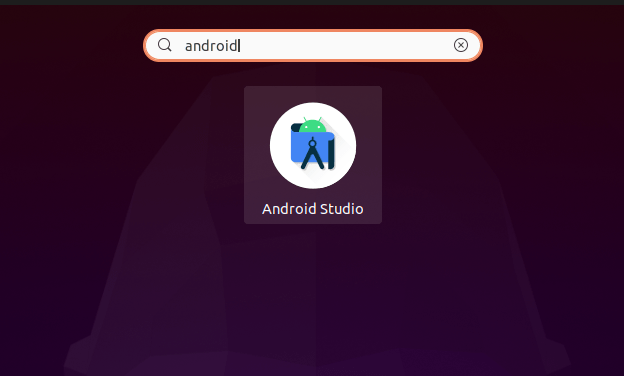 05. After opening the application it will first ask for some of the basic settings like you want a “Standard” or “Custom” installation. You can change the GUI display to “Light” or “Dark” as well.

After the basic settings are completed, then it will ask for permission to install some of the updates that are necessary for this application to work correctly as shown below. 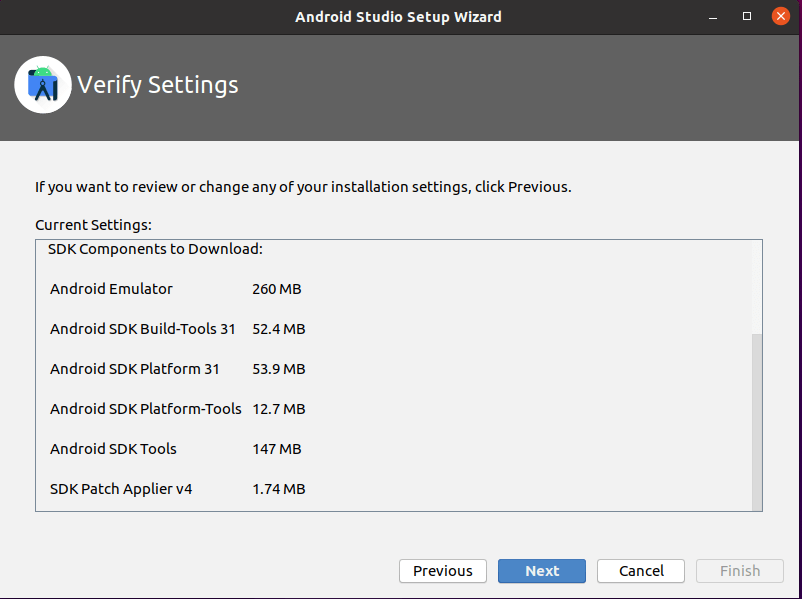 06. When you select this application, then first it will install some of the necessary updates and then later it will open the application. After that, the application will be open and its main screen is shown below: 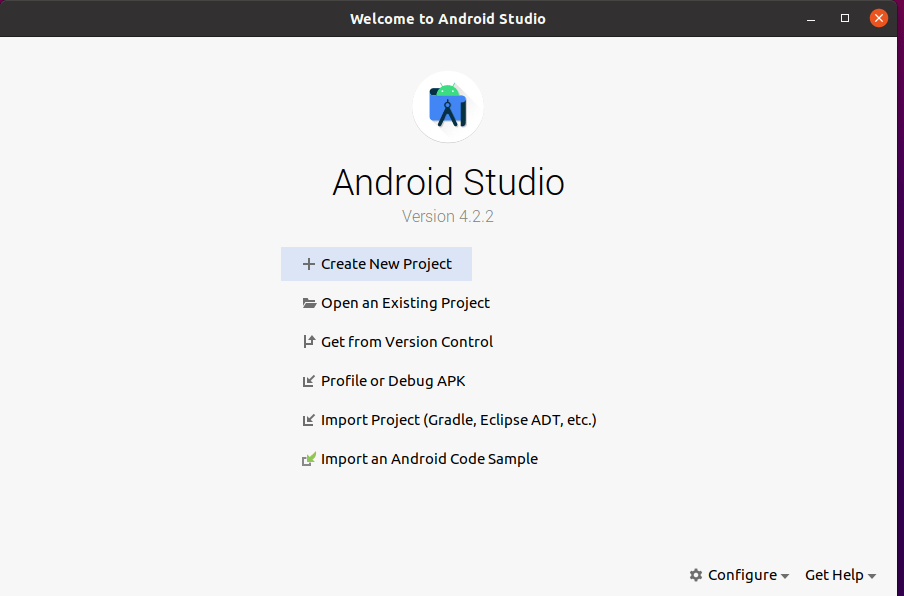 Now, this application is ready to be used.

Mobile applications have made everything easy and simple, whether it is ordering food or a ride, they have made lives easier. Android is the dominating operating system in the smartphone market, and to create android applications Android studio is used which is a multi-platform application. This article has provided you all the steps required to configure and install the Android Studio on Ubuntu 20.04 LTS.

How to Install Sublime Text on Ubuntu 20.04