How to Install Glimpse Image Editor on Ubuntu 20.04

Glimpse is an open-source image editor based on the GIMP 2.10.18 with multiple improvements. It has added keyboard shortcuts and settings from PhotoGIMP, which will help you transition from using paid image editing softwares.

This tutorial will help you to install the Glimpse image editor on a Ubuntu 20.04 LTS system.

The glimpse image editor is available as a snap package. The Ubuntu 20.04 LTS systems already have a Snap package manage tool installed.

Press CTRL+ALT+T to open a terminal on your system. Then execute the following command to install Glimpse on a Ubuntu Linux system.

After a successful installation, you will see the below result on the screen.

Search for Glimpse under all applications. You will see the Glimpse launcher icon, as shown below.

Click on the launcher icon to start the Glimpse image editor on your system. 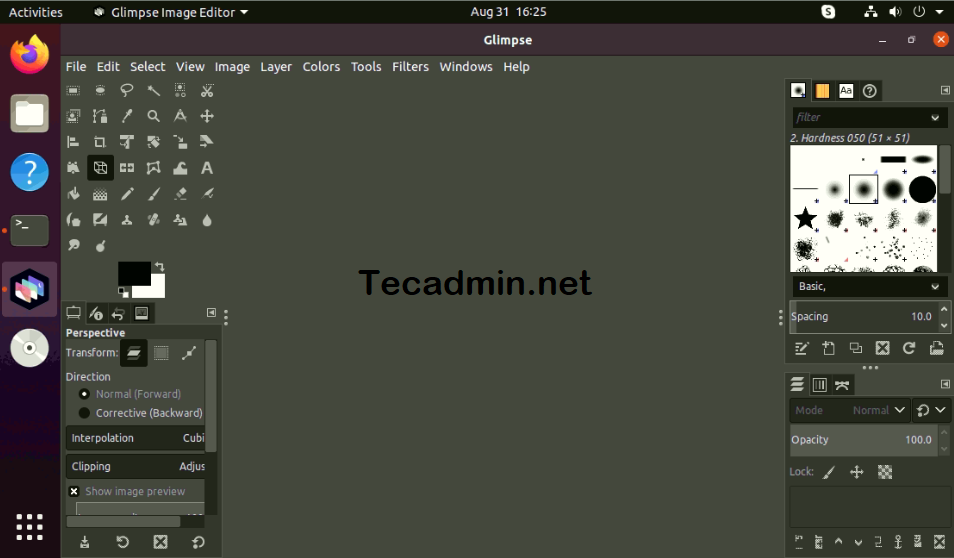 Glimpse is ready to use. Let’s have to design awesome images with Glimpse editor on the Ubuntu system.

In this tutorial, you have learned about to install Glimpse Image Editor on a Ubuntu 20.04 LTS Linux system.

How to Create Git tags

How to Check Disk Space in Ubuntu

How To Install and Switch Desktop Environments in Fedora