Pip is a package installation tool that is used to get packages from the Python Package Index and various repositories.

Pip, which stands for “Preferred Installer Program”, is a Python-based package management application that streamlines the package installation and management process. Pip is a multi-platform package manager for Python projects which assists in managing libraries and dependencies. Pip installation on Ubuntu Linux is a quick and straightforward procedure.

The latest Python 3 is included in the standard system installation starting with Ubuntu 20.04. The source code for Python 2 may be found in the general source repository. However, users are encouraged to upgrade to Python 3. When there isn’t a corresponding package for a module, use pip to install it globally. Instead of installing Python modules globally, the Python virtual environment allows you to install them in a separate place beneath each project. You won’t have to worry about impacting other Python programs this way.

This article will show you how to set up Python 3 and Python 2. We’ll go through the basics of using pip to install and manage Python packages in Ubuntu 20.04.

You can get the list of all compatible packages from the python packages official website (PyPI). You can also get help regarding installation using this website. For example, if you want to install any package like “scrapy” which is a package used for web scraping. Other than that, you can also get the documentation of the package for your better understanding.

To install the pip file for python you need to type the command mentioned below:

It will prompt you and ask for your permission whether you want to install it or not (y/n), where you need to press “y” for installation as shown below.

The installed version of pip can be identified using the command mentioned-below:

Now, if you want to know how to use the pip command and what are the available features then you can see them by typing the following command in the terminal. 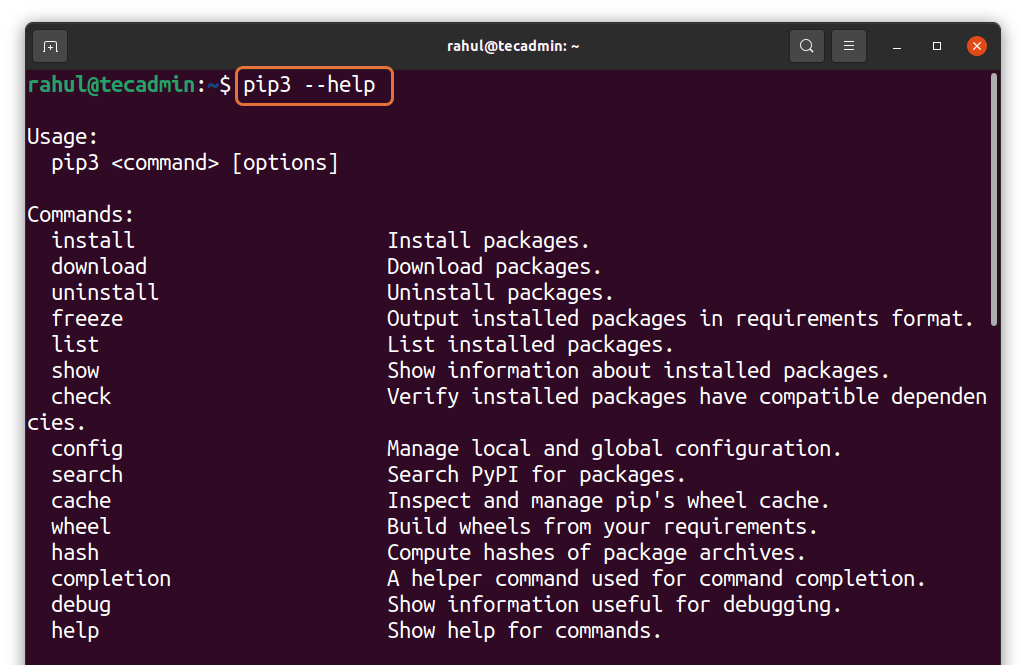 Now as you can see from the above image, the first command is to install the packages. So let us take an example of installing the “scrapy” python package. You can do that by typing:

You can install any other package of your choice as well by following the exact same syntax.
After installation, you can check if the package is installed or not by typing the following command in the terminal. 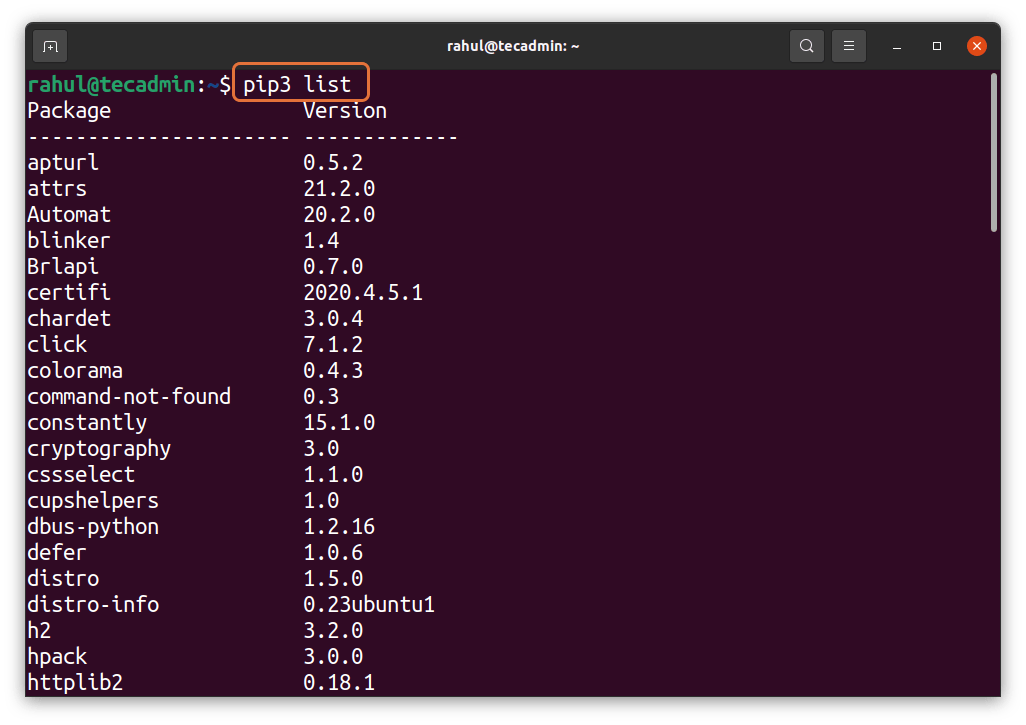 How to Uninstall the Python packages

The scrapy package has been installed.

How to Install PIP for Python 2

The pip package for python 2 is present in universe repository but if you don’t have in your system then to install it use:

Now, use the command mentioned below to update the packages list:

The Pip packages for Python2 is not included in Ubuntu 20.04. So we need to use pip installer script.

Then execute the Python script with python2 to install Pip on your system.

After the installation you can check the version by typing:

How to Uninstall PIP from Ubuntu 20.04

If you want to uninstall the pip package for python 3, then you can do that by typing the following commands in the terminal:

Python is the most simplified and easy-to-learn programming language. Python codes are faster to execute and have tons of modules to work with to enhance the functionality of the programs. This article has shown you how you can install pip packages for python 2 and python 3 for Ubuntu OS 20.04. Moreover, we also learned how to uninstall a package and pip.

Python – How to create a nested directory structure

Scheduling a Python Script with Crontab

How To Create and Run a Flask Application Using Docker

How to Accept User Input in Python