How To Install XRDP (Remote Desktop) on Debian 10

XRDP is an open-source implementation of the Microsoft RDP (Remote Desktop Protocol) server. It provides bridging between the RDP client and the X windows system. The XRDP server allows remote users to graphical login to the remote machines using the Microsoft RDP client.

The XRDP allows two-way clipboard transfer, audio and microphone voice redirection and allows us to mount local drives on the remote machines.

This tutorial helps you to Install XRDP Server (Remote Desktop) on the Debian 10 Linux system.

By default, Debian Servers doesn’t have an installed Desktop Environment. XRDP server is designed to controls only desktop systems. So you will need to add a desktop environment to your system.

Open a terminal and upgrade all installed packages with the following command:

After installing Tasksel, launch the Tasksel utility with the following command:

You should see the following interface: 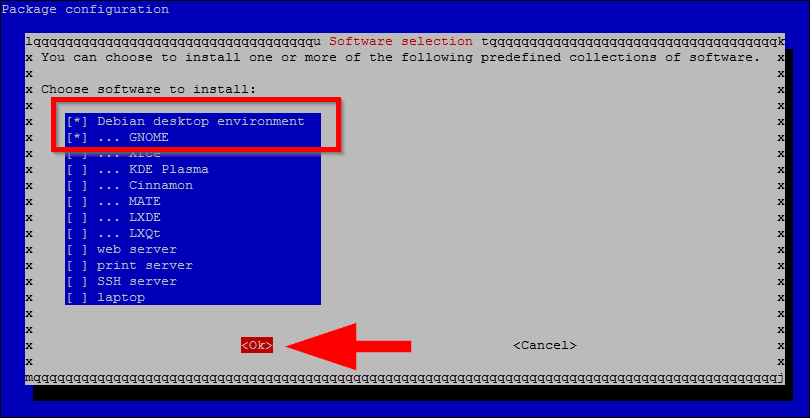 Use the arrow key to scroll down the list and find Debian Desktop Environment. Next, press the Space key to select it, also choose the Dekstop type, then press the Tab key to select OK then hit Enter to install the desktop environment.

Once all the packages are installed, you will need to set your system boots into the graphical target. You can set it with the following command:

Next, restart your system to apply the changes.

The Xrdp Debian packages are available under the default system repositories. You can install a remote desktop on your Debian system by executing the following command.

Once the xrdp installation finished successfully, its service will be started automatically. To verify the service status run the command:

The above output shows the Xrdp service is up and listening on port 3389.

The installation process creates a user named xrdp in your system. The XRDP sessions uses a certificate key file “/etc/ssl/private/ssl-cert-snakeoil.key”, which plays an important role with remote desktop. This key file is owned by root and the group owner is “ssl-cert”

So we need to allow xrdp user to access this key file. To do this, add the xrdp user to the “ssl-cert” group with the following command.

Add these commands before the commands that test & execute Xsession as shown below:

Press CTRL+O to write out and then CTRL+X to exit from the editor.

Restart the Xrdp service by running the command given below:

The Xrdp listens on port 3389, which is the default port for the RDP protocol. You need to adjust the firewall to allow access to port 3389 for remote systems.

Systems running with UFW firewall, use the following command to open port 3389 for the LAN network.

Reload the UFW to apply the new rules.

All right, Your system is ready to access over RDP protocol.

The Xrdp service is successfully installed and ready to connect. On your Windows client, open the RDP client and enter the IP address of the Debian system.

You can launch the RDP client by typing "mstsc" in the run window or command line. 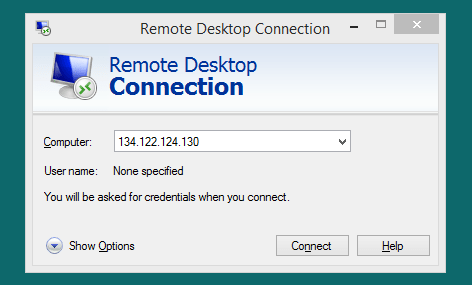 The first time, it will prompt a warning message due to the remote system is unknown for your system. Check the box in front of “Don’t ask me again for connection to this computer” and click Yes to continue. 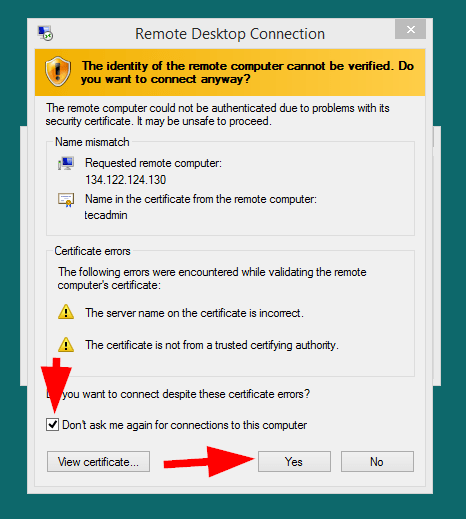 Once connected successfully, the remote system prompt for authentication. Enter the login credentials of the remote Debian system to get remote desktop access. 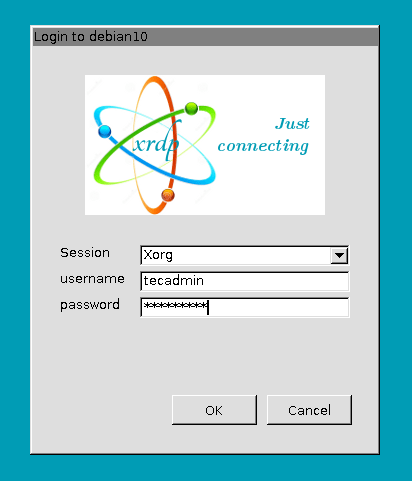 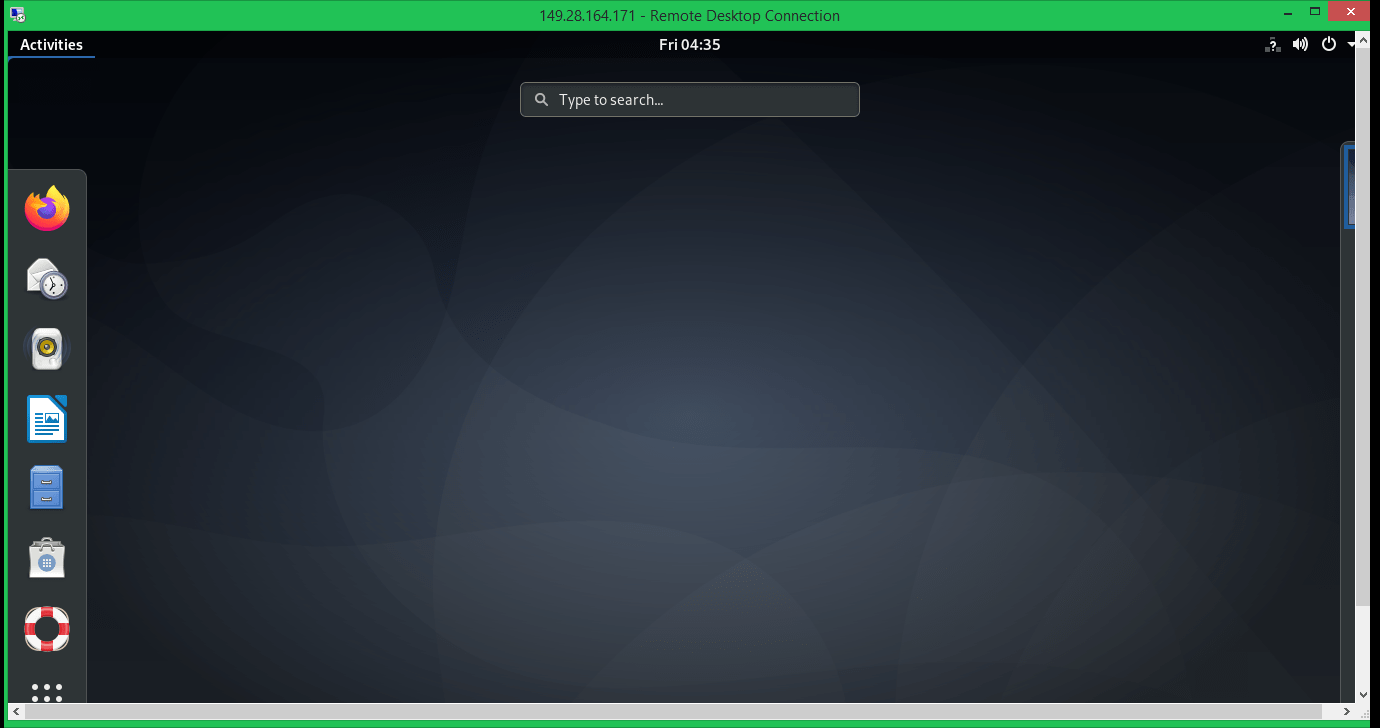 That’s it. Now, you can manage your remote Debian system with a graphical interface.

This tutorial helped you to set up XRDP Server (Remote Desktop) service on Debian 10 Linux system. Additionally provides you the steps to install Desktop Environment on a Debian Linux system.

Top 5 Most Stable Linux Distributions in 2022

How To Install PIP on Debian 11 Linux

How To Install MariaDB on Debian 11

How To Install Node.Js on Debian 11

How To Add Swap Space on Debian 11

How To Install Anaconda on Debian 11