How To Setup FTP Server with VSFTPD on Ubuntu 20.04

FTP (File Transfer Protocol) is a network transmission standard that is used to transfer data from client to server and vice versa. It uses TCP (Transmission Control Protocol) which ensures that the data is actually arriving at its destination. TCP is what makes FTP reliable.

FTP is very helpful for businesses as it allows them to perform important functions such as the transfer of large and bulky files on a routine basis. These activities cannot be done over email or through other basic file-sharing programs. It is also used to upload and manage website files to the server.

The FTP is still a very popular way for transferring files but due to the security regions, many peoples prefer SFTP. Use this article to create SFTP only users without shell access.

In this write-up, we will be focusing on how to set up an FTP server with VSFTPD on Ubuntu 20.04.

VSFTPD is the default FTP server for most Linux distributions. We will start off by installing it on our system. Use the command given below to install VSFTPD.:

Now verify the successful installation of VSFTPD by executing the following command:

How to Configure vsftpd on Ubuntu

Press Ctrl + X and then hit Enter to save and exit the text file. Now run the following command to restart the VSFTPD service:

How to Configure the Firewall For FTP on Ubuntu

Now we will configure the firewall to allow FTP traffic. We will open ports 20 and 21, the default/recommended ports for FTP, and ports 40000:45000 for passive FTP. But first, let’s allow SSH by using the command given below otherwise we may get locked out of our server:

Once everything is set up, open the default ports 20 and 21 for FTP:

Now run the firewall by using the following command. Ignore, if it gives a warning about the disruption of SSH connection. Press y and hit Enter:

The firewall is already active and enabled on my system.

You may run the following command to verify the firewall rules that were just added: 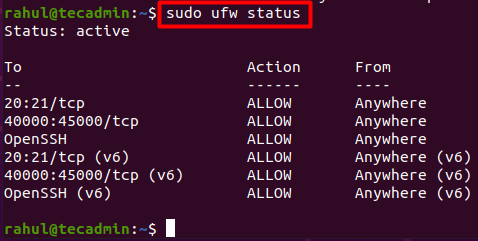 How to Create a user for FTP on Ubuntu

Use the “adduser” command to create a new user. We will use this user to login into FTP.

The terminal will ask you to set the password of the new user. It will also ask for a few other details. Just press Enter if you do not want to provide these details.

You can restrict this user’s SSH access if you only want them to log in through FTP. Use the nano editor to open the SSH configuration files:

Now copy the following line and paste it into the configuration file to restrict the users access: 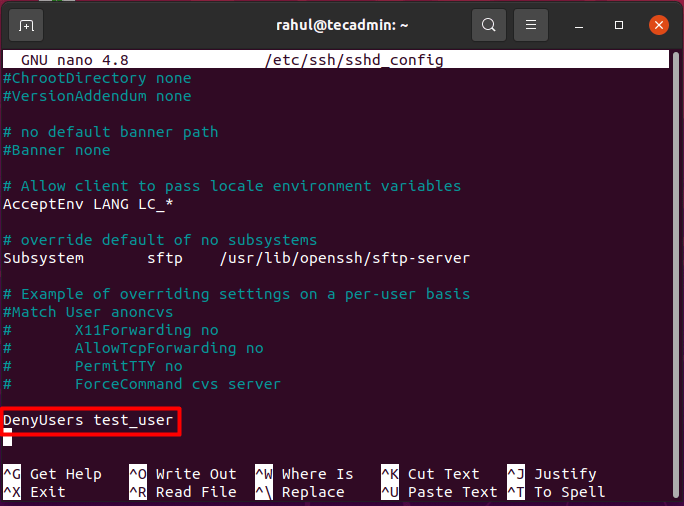 Save and exit the configuration file and reboot the SSH service using the below-given command to let the changes take effect:

Now add the user to the list of FTP users by running the following command:

Next make a new directory for the user to use for uploading the files:

Now give permissions to the new user according to your requirements. Here we are giving the following permission to the test_user:

Here 550 gives the “read” and “execute” permission in the following way:

While 750 gives the “write” permission as well to the owner in the following way:

That’s it. Your FTP server has been fully set up.

In this write-up, we focused on how to install, set up, and configure VSFTPD. Moreover, we comprehended how to configure firewalls and create a new user for FTP. 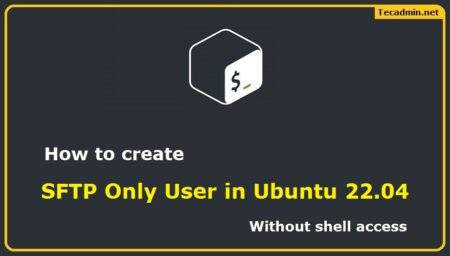 How to Create SFTP User in Ubuntu 22.04 (No Shell Access)