Let’s start the installation of Node.js on your macOS system using Homebrew. So first update the Homebrew package manager index. Then you can install Node.js package in your MacOS system using the following command:

Using the -g above command will install the Angular CLI tool globally. So it will be accessible to all users and application on the system. Angular CLI provides a command ng used for command-line operations. Let’s check the installed version of ng on your system. 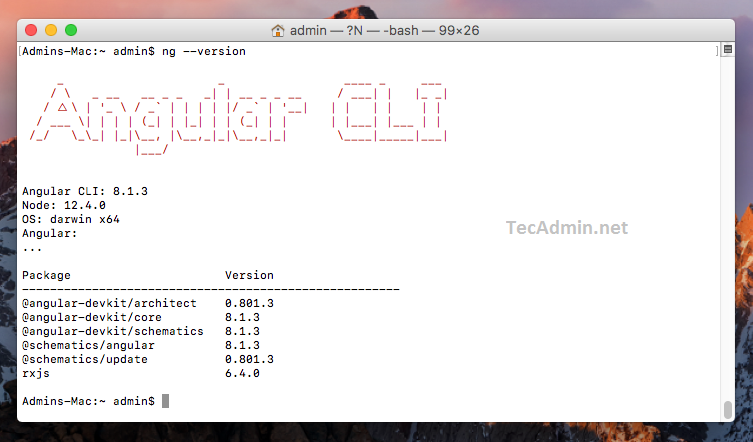 Now, create a new application named hello-angular4 using the Angular CLI tools. Execute the commands to do this:

This will create a directory named hello-angular4 in your current directory, and create an application. 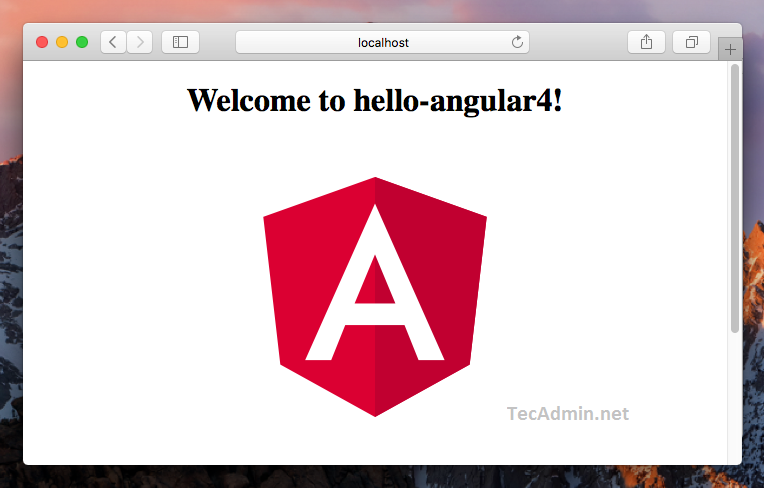 You can change host and port for running Angular application by providing –host and –port command line arguments.

The IP address 0.0.0.0 listens on all interfaces and publically accessible.

Copyright © 2013-2020 TecAdmin.net. All Rights Reserved. This site uses cookies. By using this website you agree with our term and services
We use cookies to ensure that we give you the best experience on our website. If you continue to use this site we will assume that you are happy with it.OkNo