POODLE (CVE-2014-3566) is an security vulnerability in SSLv3 discovered by Google in September. POODLE stands for Padding Oracle On Downgraded Legacy Encryption. All the websites supporting SSLv3 is vulnerable to POODLE, even if it also supports more recent versions of TLS. Using POODLE a hacker run Man-in-the-middle attacks attacks in your network stream and can steal secure HTTP cookies. This vulnerability has been found in SSLv3. For more information visit openssl security advisory. 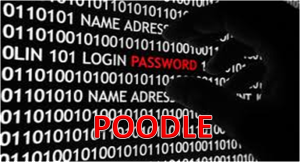 The easy and best solution is from preventing POODLE is disabling SSLv3 support from server side.

All the NGINX users edit your nginx configuration file /etc/nginx/nginx.conf and update following values as below. After updating setting restart nginx service.

How to Delete a Let’s Encrypt Certificate using Certbot

How to Install and Configure Fail2ban on Debian 11

How to Install and Secure Apache on Debian11

How To Secure SSH Server

How To Secure Tomcat with Let’s Encrypt SSL