Geany is a lightweight IDE (Integrated Development Environment) using the GTK2 toolkit. It was developed to provide a small and faster IDE for users for editing files. Geany has few of dependencies from other packages so its easier to install. AS Geany only uses GTK2 toolkit and therefore you need only the GTK2 runtime libraries to run. This tutorial will help you to install Geany IDE on Ubuntu 18.04 & 16.04 Desktop systems.

Geany has a large number of features which is useful for use, below is the list of few basic features:

Geany is available under default Ubuntu repositories. To install most recent version, you need to configure ppa of Geany to your system. Run the following command to configure Geany PPA on Ubuntu:

Then install Geany on Ubuntu:

You can also use the command to launch Geany IDE: 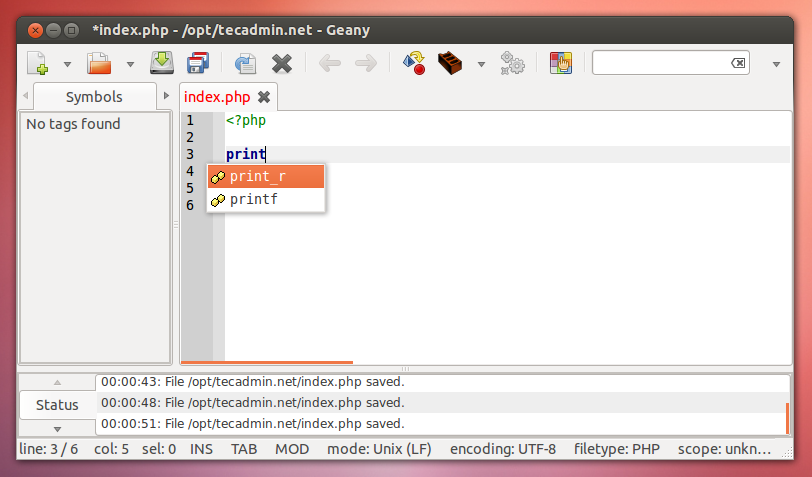 How to Install Visual Studio Code on Ubuntu 22.04

How to Install PyCharm on Debian 10

How to Install NetBeans on Ubuntu 18.04

How to Install NetBeans on Ubuntu 20.04