Wine (originally an acronym for “Wine Is Not an Emulator”) is a compatibility layer capable of running Windows applications on several POSIX-compliant operating systems, such as Linux, macOS, & BSD. The Winehq team has announced the latest stable release 5.0 on Jan 21, 2020. Its source code is available for download from its official site. You may also use the package manager to install wine. Wine is an Open Source implementation of the Windows API and will always be free software.

This article will help you to install Wine 5.0 Stable Release on Debian 10 Buster Linux system using the official repository.

In order to run Winehq, You need to enable i386 architecture on your Debian system. Also, import the GPG key to your system by which the wine packages are signed.

Use one of the following commands to enable the Wine apt repository in your system based on your operating system and version.

Your system is ready to install Winehq. Update the apt information with the newly added repositories. Execute the following commands. The –install-recommends option will install all the recommended packages by winehq-stable on your system.

The wine packages are installed under /opt/wine-stable directory. So set the wine bin directory to the PATH environment to access commands system-wide.

Wine installation successfully completed. Use the following command to check the version of wine installed on your system

How to Use Wine (Optional)

To use wine we need to login to the Debian desktop system. After that download a windows .exe file like PuTTY on your system and open it with Wine as below screenshot or use following command. 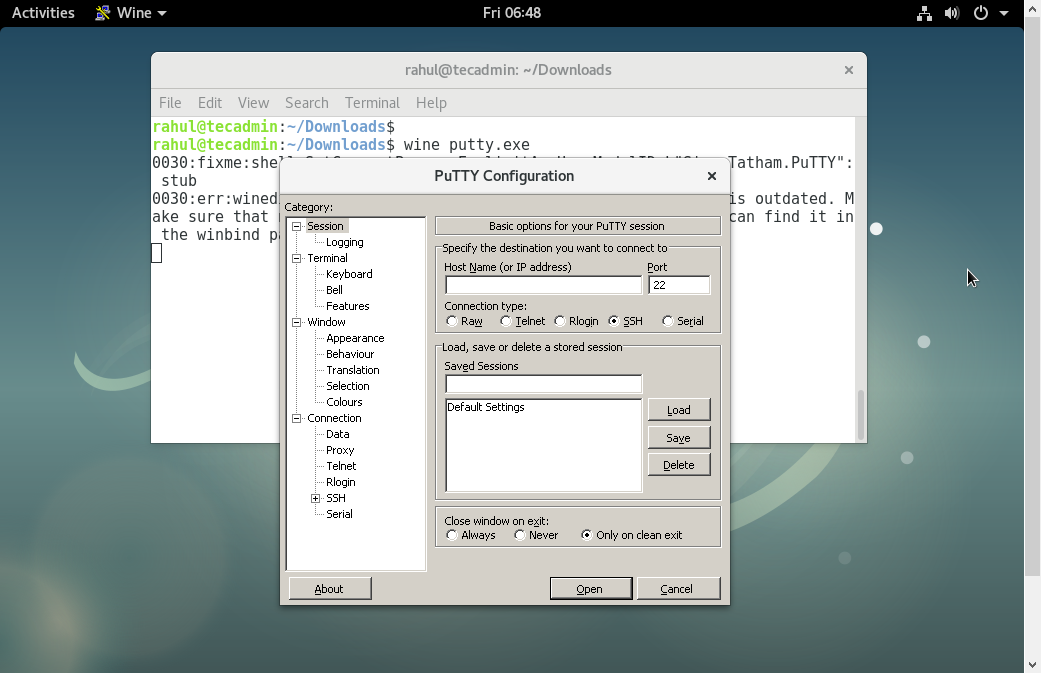 How to Create a Sudo User in Debian

How To Install XRDP (Remote Desktop) on Debian 10

How To Install and Configure VNC Server on Debian 10

How to Install TeamViewer on Debian 10

How To Install Wine 5.0 on LinuxMint