How to Read Linux Top Command Output and Uses

Understanding Linux top command results. As a Linux system administrator, the top command is a frequently used command and our daily tasks we used multiple times this commands to view resource utilization by processes on the server. This command helps us to find which process is utilizing what resources of the system.

Using this article, I am trying to write to how to use to command and understand the results of top command on the Linux system

When you execute the top command on Linux, it shows a lot of results, here I am trying to show you to how to read it row by row.

The Row 1 results show about server uptime from the last reboot, currently logged in users and CPU load on the server. The same output you can find using Linux command.

Row 2 shows the number of process running on the server and their state.

or defunct process is a process that has completed execution but still has an entry in the process table. This entry is still needed to allow the parent process to read its child’s exit status.

Row three shows the CPU utilization status on the server, you can find here how much CPU is free and how much is utilizing by the system. 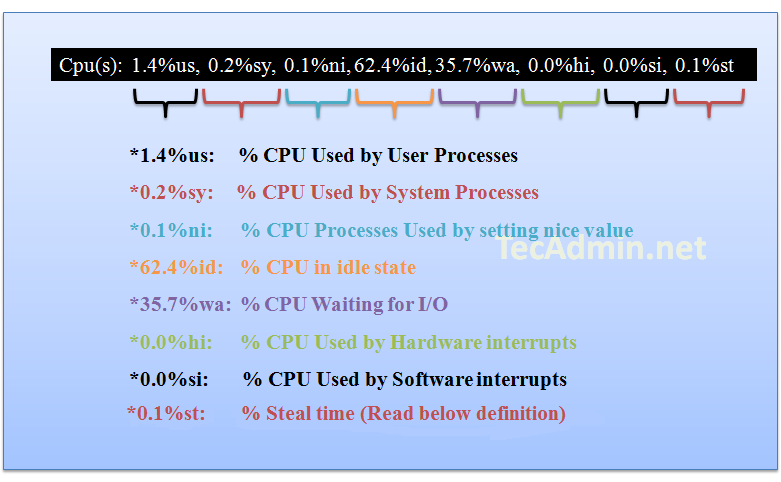 Steal time is the time that a virtual CPU waits for a real CPU while the hypervisor is servicing another virtual processor.
Definition from access.redhat.com

Row 4 shows the memory utilization on the server, you can find here how much memory is used, the same results you can find using command.

Row 5 shows the swap memory utilization on the server, you can find here how much swap is being used, the same results you can find using command.

In this steps you will see all running process on servers and there additional details about them like below. 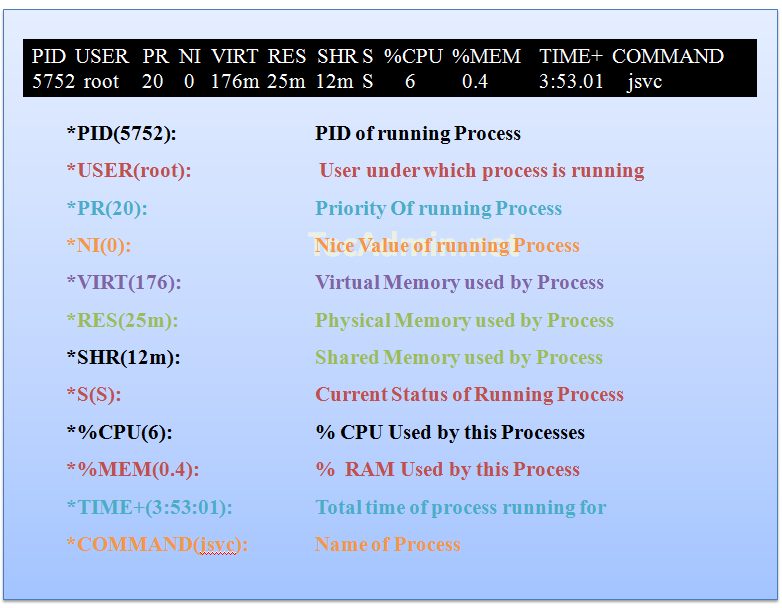 Short Results Based on Specific Fields

You can also sort the results based on the specific field. Use the following key combination to do short.

for reading this port, If this port is helpful for you, please do not forgot to share it. If you have any suggestions please put your comments below.

What is the /etc/aliases file

What is the /etc/nsswitch.conf file in Linux

How to Delete a Let’s Encrypt Certificate using Certbot

How to Install Latest Git on Ubuntu 22.04

How To Install LibreOffice on Ubuntu 22.04